The city of CHESTER was founded by the Romans in 75AD. There had always been some form of church on this site and in 907AD King Alfred’s daughter, Queen Ethelfelda, decided to build a more substantial building in which to create her own mausoleum. Hugh Lupus is next on the scene as the nephew of William the Conqueror who gave him the title of Earl of Chester and he built a monastery in 1092 choosing the Romanesque style that was then in vogue.  This was soon thought outdated and so rebuilding took place in the early 14th C in the more modern Gothic style. Then came the dissolution of the monasteries and Chester escaped through an extraordinary change of heart by Henry VIII who decided to give it back to the city and so a Diocese and Cathedral of Chester was created.  Over the years a series of refurbishment took place until in 1975 an external tower was built to house 12 bells and these bells will be ringing out for ST. GEORGE. 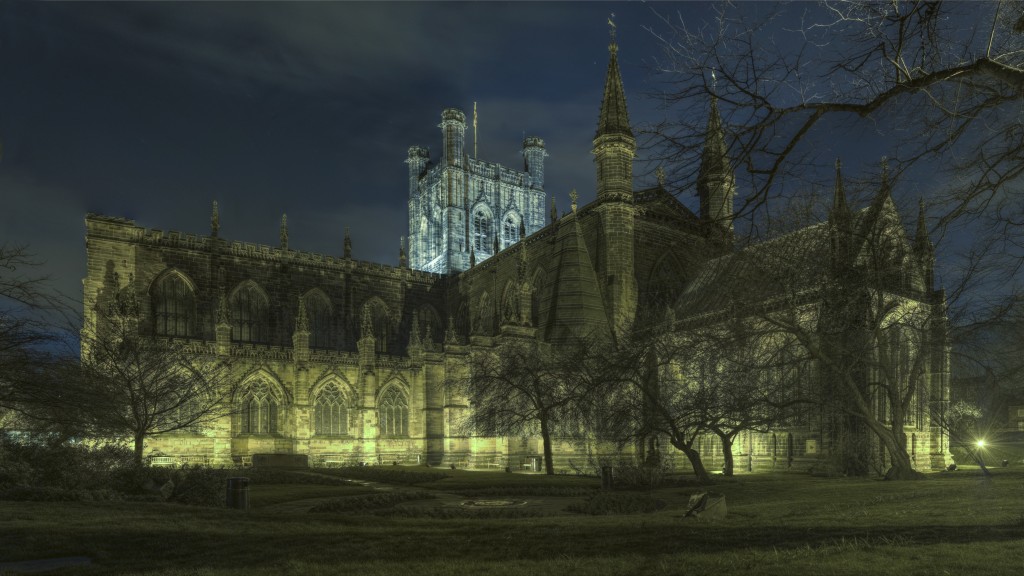