The sound of bells have defined our lives with influences that reach back into the earliest  years of Christendom.  They have evolved into our way of marking national events both in celebration and in mourning. And on a more individual scale they have helped announce the passage of rites in our personal lives.

It was the spread of Christianity that brought the bell into communities first by wandering monks in the countryside and then later by Abbeys  who rang their bells every three hours to call the monks to prayer and define the working day. This soon led to the creation of larger bells with monks becoming forgers with the most famous being Archbishop  Dunstan of Canterbury.  By the 10th C these heavier bells required strong towers and once Saxon Freeman realised that by building one on their land they could become Noblemen they sprung up all over the country.

The influence of the bells to discipline the daily lives of the populace was used to great effect by William the Conqueror.  He decreed that at the sound of the evening bell everyone should return to their homes and remain indoors and “ cover their fires”, hence : ‘curfew’.

By the time of the reign of Henry VIII  bells were being rung throughout Europe in celebration of Christianity and as a result had attained a mystical and holy meaning.  Once a bell had been forged it underwent a sacred ceremony of anointment and naming  and such was the bond of the community to identify with the bell they named their villages in honour of the chosen Saint’s name, such as ‘St. Edith’s Marsh’ in Wiltshire.

Then came the Dissolution of the Monasteries in 1509 as a result of the feud between King Henry and The Pope.  In his rage he vandalised all the external fabric and internal property but he stopped short of the bells as he was aware of their potency with the people.  Instead they were saved and he distributed them amongst the churches. 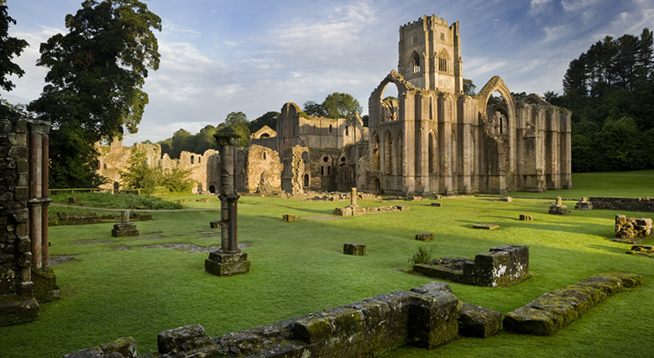 A view towards the east end of the Abbey church showing the great east window arch at Fountains Abbey, North Yorkshire. Remains of the monks’ infirmary are visible in the foreground. The Cistercian community of monks was founded here in 1132 but was dissolved in 1539.

The use of bells changed as societies opened up and soon they were treated as a non religious instrument to ring out for pleasure and even as a form of sport.  One such society which was formed in 1637 exists today as the Ancient Society of College Youths.  Continuing the secularisation of ringing wealthy industrialists built towers as a private mark of their achievements and these were called Carillons.  They differed from Church towers in that they have many more bells which are struck like batons with the fist and the largest is in St. Helens with 47 bells.

At about this time Civic Pride was becoming  a force within growing industrial cities and the people decided their new found status should be recognised. What better way than to build City Halls with large Clock Towers  equipped with huge bells christened by the public. The Capital led the way with a special tower built to house the then largest bell in the country which was fondly named ‘Big Ben’. This set a tradition where city centres followed such as Nottingham  which built a tower and named the bell ‘Little John’ as a reference to the City’s hero – Robin Hood. And below in the streets there would often be a Town Crier proudly wearing his City’s Livery ringing his bell and shouting the news. 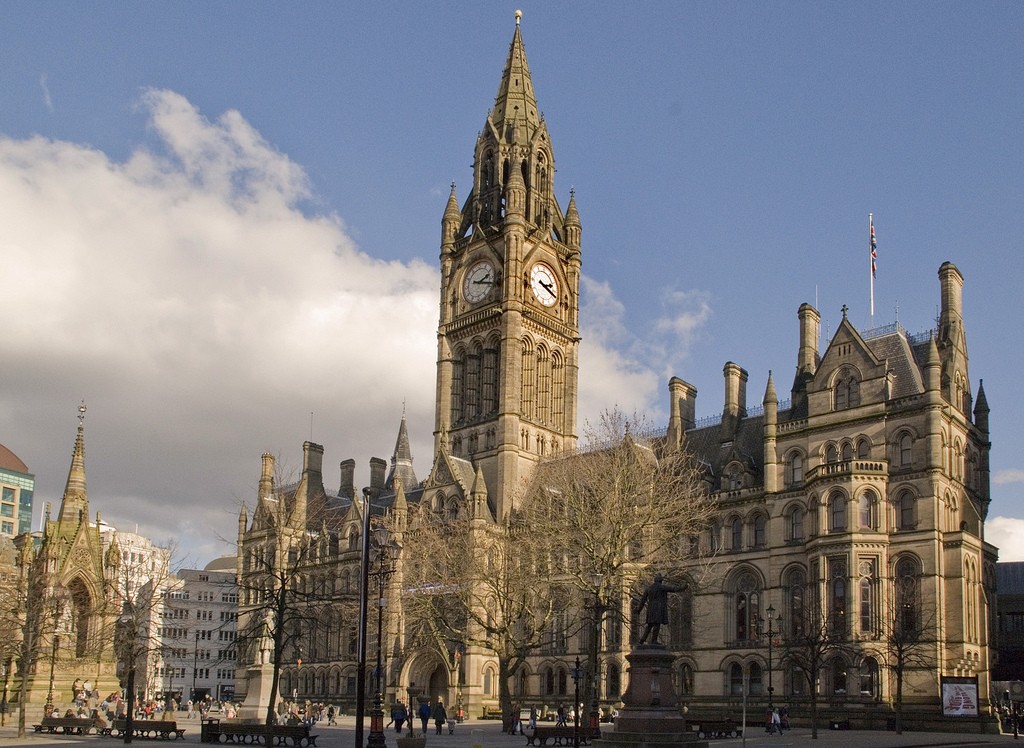 Bells had now become part of everyday life ringing out from Churches, Civic Halls, schools, streets creating a rhythm to the unfolding day.  It seemed it would always be thus.

Then came World War II and the public were asked to donate metal towards the building of armaments with the one exception, the bells, these would not be touched so that their sounds could continue to ring out comforting the people. Churchill was very aware the power bells had over their communities and he decided that extreme circumstances required an exceptional response and he passed a  ‘ Control of Noise Defence Order’ in June 1940 completely banning the ringing of bells throughout the land  – with one exception. They were only to ring out if there was a German invasion.

In 1942 there was a great victory for the Allies at El Alamein and Churchill wanted to lift the spirits of the public so he decided the most appropriate way for everyone to celebrate was to order all bells to be rung and thus ended a silence of two years.  This act of ringing for celebration is continued with the ringing out for St. George – England’s Patron Saint every 23rd of April.